Cooking has probably always been the most important part of my life.

In 2005 I graduated from the National School of Culinary Arts of the organization for Tourism and Hospitality Studies (O.T.E.K as it is known in Greece.) And it is ever since then that I have always had a passion for my work, I constantly strive to evolve and be creative and original.

Cooking is probably the most important part of my life to this day. Since 2005, when I graduated from the state cooking school, the Organization of Tourist Education and Training, I have been tirelessly working with the same passion, always looking for ways to evolve and be original.

My career path led me to ‘deep waters’ from the beginning. The Olympic Palace Hotel Rhodes hosted me in its cold kitchen and, immediately afterwards, the Club Mediteranne Hellas Athenia – Golden Coast in its hot kitchen. This gave me a solid basis and helped me spread my wings. I have been very lucky in my career so far, because I worked with some very experienced and great chefs, who marked the history of cooking in Greece, before I became the head chef of my own kitchen. The knowledge I gained from this experience was significant, and I was soon able to put it to good use when I started working either as an executive chef or overseeing and organizing the menu in well-known restaurants. Hotel catering turned out to be a great challenge for me. You usually need to ‘serve’ many people while maintaining high flavour standards. Customers come for a short vacation and you have to give them delicious moments that will ‘stay’ with them for a long time.

In 2009, I had one of my most important collaborations at the a la carte restaurant of the Aquila Hotels Elounda Village. In 2010, I worked at the bar-restaurant of the Teresa Country Lodge Luxury Suites and at the Kirini Hotel Suites & Spa Relais & Chateaux / Luxury Suites & Spa Relais & Chateaux. Then, in 2011, I took to the mountains for a while. Arachova put me in an incredibly inspirational mood for the sake of hundreds of skiers while I worked at the ‘E’ Cafe, Bar- Restaurant. In the summer of the same year, I decided to make my own creations for the first time with inspiration from the harsh and imposing landscape of the Caldera, at the hotel La Maltese Estate Villa Relais & Chateaux in Imerovigli, Santorini.

In 2012, I returned once more to the mountains and worked at the restaurant Melograno Arahova Parnassus Mountain for a while. Then, I returned to the enchanting Santorini, where I keep returning up to this day, at the Santorini Kastelli Resort SLH in Kamari. In 2013, I worked at the Teresa Country Lodge and, from 2013 until 2016, at the Dana Villas Hotel & Suites.

I believe that my new involvement with Alkaline Nutrition and the creation of a complete menu, which is not only aimed at providing people with tasty recipes but also at the preservation of their health, is a ticket to a very beautiful and long journey. 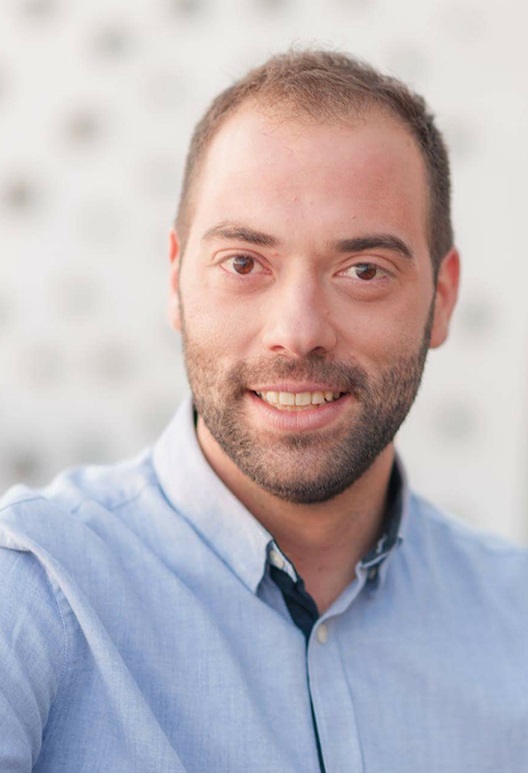 Cooking has probably always been the most important part of my life.

In 2005 I graduated from the National School of Culinary Arts of the organization for Tourism and Hospitality Studies (O.T.E.K as it is known in Greece.) And it is ever since then that I have always had a passion for my work, I constantly strive to evolve and be creative and original.

I was thrown in at the deep end from the start in the form of the kitchen of the “Olympic Palace Resort Hotel Rhodes” preparing cold dishes and immediately following this, at “Club Med Hellas Athens – Golden Coast” this time preparing hot dishes. This helped me to both stand firm on my own two feet and spread my wings. And I have to say that I been so fortunate in my career to date as I have had the privilege to work alongside some great highly experienced chefs – chefs who have made their mark in the culinary history of my country. Through this I gained an enormous wealth of knowledge which has served me well, particularly, when working as either an executive chef or when supervising and organizing the menu in highly respected well-known restaurants. The hotel catering sector is really challenging – chefs are required to “feed” a large number of people while still maintaining high standard of flavoursome dishes. Guests were only there for their vacation, just a short time, and naturally, I wished to furnish them with gourmet delights that would remain unforgettable.

In 2009 I held one of my most important positions when I joined the team in the a la carte restaurant of Aquila hotels Elounda Village.

In 2010 I worked at “Teresa Country Lodges Luxury Suites, Bar- Restaurant”and “Kirini Suites & spa – Relais & Chateaux / Luxury suites & spa – Relais & Chateaux”. Then 2011 finds me in the mountain region of Arachova working for “-E-Café Bar-Restaurant” where this spectacular area inspired me greatly as a chef – much to the delight of its hundreds of holiday makers and skiers who visited the area. In the summer of the same year I decided to let the harsh and imposing landscape of the Caldera be the inspiration for me to invent at “La Maltese Estate Villa Relais & Chateaux” in Santorini-Imerovigli.

In 2012 I was once again back in the mountains – albeit for a short while – in the restaurant “Melograno Arachova Parnassus Mountain”. But, I was to return to the enchanting Santorini at “Santorini Kastelli Resort SLH” in Kamari, and ever since this island has captured me. In 2013 I worked at “Teresa Country Lodge” and the same year until 2016 at “Dana villas hotel & suites”.

So now to Alkaline Nutrition and the creation of a complete menu which not only aims at being delicious, but also provides proper nutrition leading to good health and well-being which is such an exciting and worthwhile undertaking. And a wonderful journey to be part of!

Hello. In the spring of 2008 I met Mary Markou, Progressor of Cosmic Energy Healing and the method of Cosmic Energy Therapy. Fortunately for me. I say happy because, at some point, my health was shaken by very severe Illing crisis. I suffered for two whole years. Tragic !!! The doctors’ opinion: After they didn’t find out where he came from, they told me that now I “married” them (the vertigo). The treatment: Very strong drugs, prescribed only by a psychiatrist. I also warmly thank Mary Markou from my soul, who with the Cosmic Energy Treatments literally wiped out the Illigans from my body. My life now, free from this nightmare, is beautiful. I live my every day full of joy, without fear and insecurity about when I will lose ground again under my feet! Thank you Mary Markou.

Cosmic Energy, a method of treatment used by Mary Markou, was an incredible experience for me. After the first session, amazing things started happening, one after the other. I have to admit that the sessions helped me regain my self-confidence, improve mentally and professionally to such an extent that I feel I can achieve my dreams. And that’s exactly what happened. I would advise everyone to do energy sessions so that they can fulfill their dreams. My experience was so strong that I wanted to cry for happiness, which was rather strange, as I was never used to crying or expressing my feelings. Now, I feel different, in a way, my real self. I can live my feelings. This is all Mary’s work!

How I overcame the pain in my neck and back. I first encountered Cosmic Energy Healing two and a half years ago. At that time I was going through a difficult time, both physically and mentally, and a good friend of mine suggested it. I started the treatments without expecting much. This was a misconception. I felt the first signs of recovery very soon. For the last ten years, I have been suffering from neck and back pain resulting in frequent and severe headaches. Of course, I managed to improve in just ten days. I also felt that I benefited psychologically, as the healing process helps you see your weaknesses in a much clearer light and therefore you are able to work on them more constructively. You are given a different perspective on things that allow you to help yourself. if you really want it. I confess that when I first started the sessions I was quite hesitant, still negative. Cosmic energy healing has helped me a lot. It made me realize the magnitude of the power within me (and in each of us, of course). It is a terrible “weapon” that can stimulate love and motivate us to live the lives we deserve. I highly recommend it! My testimony would not be complete without mentioning my therapist, Mary Markou, to whom I owe a lot and I highly recommend it.