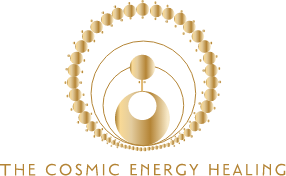 Mary studied acting at the Mary Traga-Voyiatzi theatre school. Subsequently, over the following 16 years she worked as an actress in theatre, playing roles in Αncient and Modern Greek drama, written by both Contemporary Greek and international playwrights. In addition to her extensive acting career, she is also a highly successful voice-over artist for radio and television commercials shown throughout Greece. Mary’s passionate interest in the development and promotion of the work of voice-over artists earned her the position of president of the Association of Greek Voice-over Artists (2010 – 2012).

2005
Alternative healing came into her life and that is when the journey of the search for inner knowledge began. She obtained her 1st Degree Reiki and immediately began to practice professionally.

2006
Attained her 2nd Degree Reiki and attended seminars on healing techniques for personal development based on the meditation methods of Osho and G. I. Gurdjieff in both Greece and India (i.e. Osho Ashram in Pune). And in the same period, she became Sannyasin.

2007
She had already had her first contact with the Russian method of “Cosmic Energy Healing”. The high efficacy of this method plus the fact that it is based on scientific data, inspired her to fully dedicate herself to this. Two years of hour upon hour of intense, devoted work and research followed, which included more than 1,500 people received the healing properties of the Cosmic Εnergy Healing method with amazing results on the issues that had concerned her.

2009
Mary becomes a Cosmic-energy Master in Cyprus and January 2010 achieves attunement in the mystical art of Zoroastrianism.

2010
In the April of 2010 in Prague she became a practitioner of the energy method of the American chiropractic Dr Eric Pearl – “The Reconnective Healing and The Reconnection“.

2010
In December 2010, in London – Energy Alignment Therapist then went on to become Progressor – the highest accolade awarded in Cosmic-energy Healing.

2011 until today
Mary Markou has been ministering this method, and thereby, catering for the needs of her fellow humans both as a therapist and tutor.

Since 2005, Mary Markou’s devotion to Comsic Energy Healing has led her to obtain several degrees and certifications.

Hello. In the spring of 2008 I met Mary Markou, Progressor of Cosmic Energy Healing and the method of Cosmic Energy Therapy. Fortunately for me. I say happy because, at some point, my health was shaken by very severe Illing crisis. I suffered for two whole years. Tragic !!! The doctors’ opinion: After they didn’t find out where he came from, they told me that now I “married” them (the vertigo). The treatment: Very strong drugs, prescribed only by a psychiatrist. I also warmly thank Mary Markou from my soul, who with the Cosmic Energy Treatments literally wiped out the Illigans from my body. My life now, free from this nightmare, is beautiful. I live my every day full of joy, without fear and insecurity about when I will lose ground again under my feet! Thank you Mary Markou.

Cosmic Energy, a method of treatment used by Mary Markou, was an incredible experience for me. After the first session, amazing things started happening, one after the other. I have to admit that the sessions helped me regain my self-confidence, improve mentally and professionally to such an extent that I feel I can achieve my dreams. And that’s exactly what happened. I would advise everyone to do energy sessions so that they can fulfill their dreams. My experience was so strong that I wanted to cry for happiness, which was rather strange, as I was never used to crying or expressing my feelings. Now, I feel different, in a way, my real self. I can live my feelings. This is all Mary’s work!

How I overcame the pain in my neck and back. I first encountered Cosmic Energy Healing two and a half years ago. At that time I was going through a difficult time, both physically and mentally, and a good friend of mine suggested it. I started the treatments without expecting much. This was a misconception. I felt the first signs of recovery very soon. For the last ten years, I have been suffering from neck and back pain resulting in frequent and severe headaches. Of course, I managed to improve in just ten days. I also felt that I benefited psychologically, as the healing process helps you see your weaknesses in a much clearer light and therefore you are able to work on them more constructively. You are given a different perspective on things that allow you to help yourself. if you really want it. I confess that when I first started the sessions I was quite hesitant, still negative. Cosmic energy healing has helped me a lot. It made me realize the magnitude of the power within me (and in each of us, of course). It is a terrible “weapon” that can stimulate love and motivate us to live the lives we deserve. I highly recommend it! My testimony would not be complete without mentioning my therapist, Mary Markou, to whom I owe a lot and I highly recommend it.